The Midnight Golf Program was a very welcoming and supportive experience for me. Before I was in this program I had transferred to a different high school after freshman year. I had spent five years at The Roeper School, the longest I had ever been at a school. Those years were very hard for me because it was the first time I had ever been at a primarily white institution. I struggled to find my voice because I felt that the black kids didn’t like me because I was so light and the white kids didn’t like me because I was black. Freshman year was when I finally became comfortable in my own skin and ended up making friends. During the end of that year I and all of the other girls of color in my grade had gotten into trouble, and that is when I decided it was my time to go.

Going to Groves High School from Roeper was really hard. I didn’t know any one, and I was put into classes that were below my grade level. Because of this I didn’t really make any friends and spent almost every lunch period in the library doing homework. The end of my sophomore year my dad was diagnosed with cancer. This made that year even harder because I felt that it was somehow my fault. I decided that I was going to quit taking dance classes in order to save my parents money and join the cheer team. This was probably the best decision I made. I ended up making friends and having a support system, while discovering a new sport that I loved.

When senior year came around I knew I was going to join MGP because I had seen many of my friends benefit from the program. I found out I had gotten into the program on my birthday and one of my friends from Roeper had gotten in as well. I was still very nervous because I am so shy around new people. Everyone from my school and other organizations that I was involved in were in T/Th. Luckily my mom introduced me to someone from Jack and Jill.

That first day of MGP I was very nervous. Luckily, I found Janea Wilson and Alyssa Tasker and from then on we were glued to each other’s hips. I ended up making friends with Charity Turnboe because I ended up always being separated from Janea and Alyssa to go to Tee Time.  Through them I ended up being more confident in myself.

Before the road trip I didn’t think I was going to change my mind because I had gotten into my dream school. I was excited though because North Carolina A&T was at one point my dream school, but they didn’t have the program I was interested in. During the trip I made even more friends and became closer to the friends I had already had. 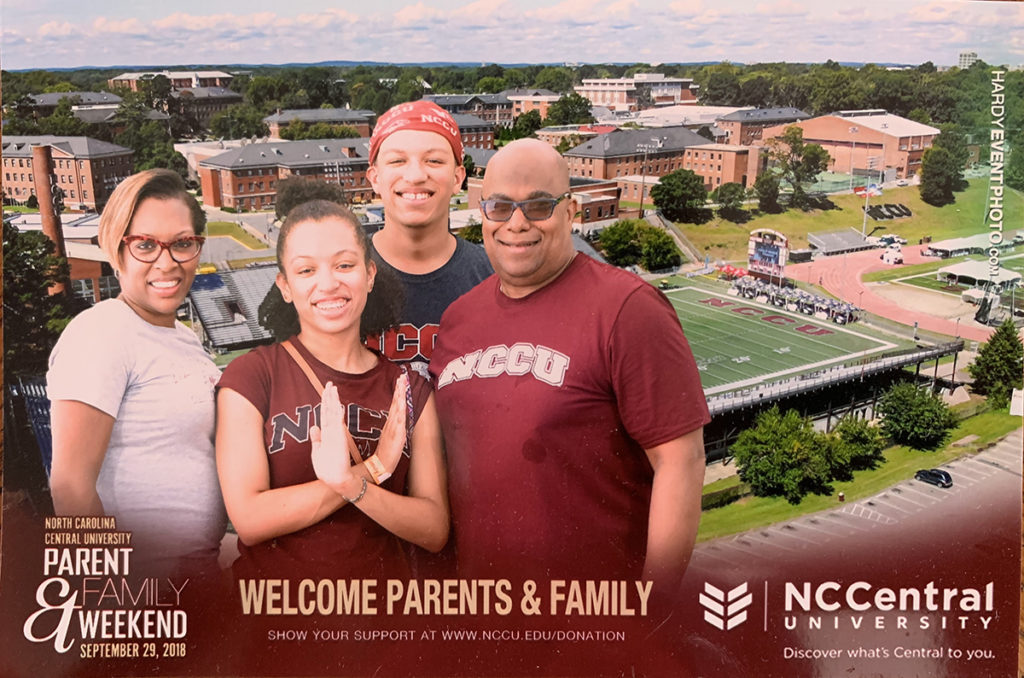 During the trip we visited North Carolina Central University. I had never thought I would change my college decision until I had gone there. During the panel someone mentioned that one of the students there was a fashion major and was spending the semester interning in London. That was something that I was interested in but I my dream school only offered study abroad at one of their four locations. Cheering in college was also something that I was interested in as well.  When I looked further into NCCU they offered a costume design class which was what I was really interested in, as well as offering more of the business aspect of the fashion industry.

My parents were shocked at my decision because I had been saying that I was going to Savannah College of Art and Design since middle school. But after going over everything we learned about college from MGP I could hear Ms. Sommers’ voice saying follow the money. Mr. Coffee really helped when I was waiting for my decision and connecting me with people after the fact. Without MGP I would have never found NCCU or thought about the cost of college as well. I also would have never made the friends that I have today, and for that I am really grateful.

Sydni is a freshman at North Carolina Central University.

Donate today to make a difference in the lives of Midnight Golf students like Sydni.